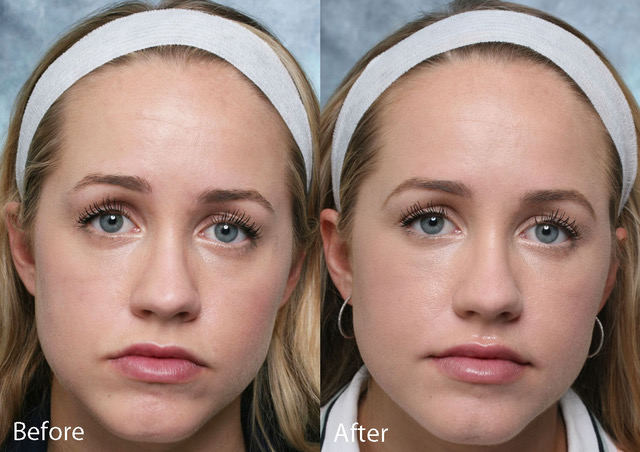 This woman had an unsatisfactory filler service that was intended to help her under eye area. The work was performed by a well known Southern California injector. The filler used was a low G-prime filler that drifted after placement effectively contributing volume to the lower half of the face. This was corrected by removing the previously placed filler using hyaluronidase. Once this had settled, the correct filler service was placed giving her a much happier face. See a video of this treatment by clicking here.

This woman had an unsatisfactory filler service by a local injector on the East Coast. She felt that the treatment gave her the appearance of an under eye bag, and she was right. She saw a number of local physicians and had enzyme service but they were unable to resolve the issue. She came to Dr. Steinsapir, who know immediately where this filler was located and he was able resolve the issue using his detailed knowledge of orbital anatomy and expertise in both placing and removing hyaluronic acid filler treatment. Don’t live with a result that is not acceptable. 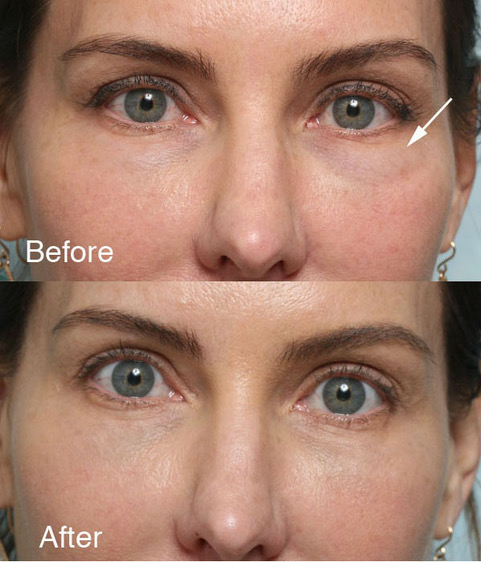 This woman had a series of filler services by a very well known injector in West Los Angeles. She developed a lower eyelid bag over time. Her injector advised that she consider lower eyelid surgery. She came to Dr. Steinsapir, who knew immediately that her issue was most likely related to aging hyaluronic acid filler. Using his detailed knowledge of orbital anatomy and expertise in both placing and removing hyaluronic acid filler treatment he was able to modify her service and take away the under eye bag. Don’t live with a result that is not acceptable.