Normally functioning eyelids are firmly held against the eye. Eyelid Malposition surgery fixes conditions such as entropion and ectropion. Tears lubricate the eyelid movements and the eyelids themselves function like the windshield wipers of the eyes. This is the result of a delicate balancing act between the eyelid position and tension of the eyelid ligaments. In the lower eyelid, the muscle that helps close the eyelids functions like a muscular hammock to hold the lower eyelid against the globe.

The general medical term to describe eyelids that are improperly situated against the eye is eyelid malposition, a condition that requires reconstructive surgery for correction and the restoration of proper function. In order to ensure a safe and successful reconstructive eyelid surgery, it is crucially important to select an experienced oculofacial surgeon with an incredibly high level of skill, meticulous surgical technique, and in-depth knowledge of the delicate eye structures. You will find such a physician in Dr. Kenneth Steinsapir, a multi-fellowship-trained oculofacial plastic surgeon who specializes in customized many types of eyelid procedures and has a proven track record of producing beautifully natural reconstructive eyelid surgery results.

Dr. Steinsapir is widely respected among his fellow plastic surgeon colleagues and has patients from all over the world who travel to California to benefit from his oculofacial expertise and advanced surgical skillset. Dr. Steinsapir is highly experienced performing surgical corrective measures to address several common types of eyelid malpositions: 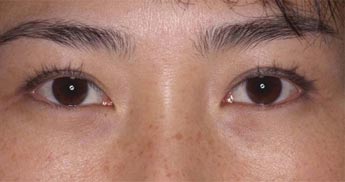 There are two principle approaches to repairing upper eyelid Malposition:

Treatment for Ectropion: surgery to correct cases of ectropion focuses on lengthening the lower eyelid and re-suspending the eyelid back against the globe.

For patients with entropion and ectropion, a careful preoperative assessment of midface support is highly important, because failure to address midface sagging or drooping can lead to an unsatisfactory surgical result.

Swelling and bruising after any of the aforementioned eyelid surgeries usually resolves in 10-14 days. A personal consultation with Dr. Steinsapir will determine which type of eyelid surgery you qualify for.

Your eyelid malposition surgery can serve as a key stepping stone along the path to become the best possible version of yourself, and you can take the first step by calling to schedule your personal consultation with Dr. Steinsapir today. Visit the homepage to see how cosmetic eyelid surgery can help you achieve your aesthetic goals.