Cosmetic Concern: 75-year-old woman with fullness of the lower eyelids.

Discussion:
This woman previously had upper eyelid surgery and a face lift. Classically, she would be offered lower eyelid surgery to remove the puffiness in the lower eyelid. She might also be offered arcus marginalis release surgery or Deepfill™ under eye Restylane®. Her real issue is midface descent. She was motivated to have a surgical solution. After a full discussion of options, she elected to have a vertical midface lift performed behind the eyelids. Dr. Steinsapir has developed this innovative approach to midface surgery. Through a tiny skin incision, the midface is approached from behind the eyelid. Dr. Steinsapir then places a hand carved implant at the orbital rim. The results are very natural. 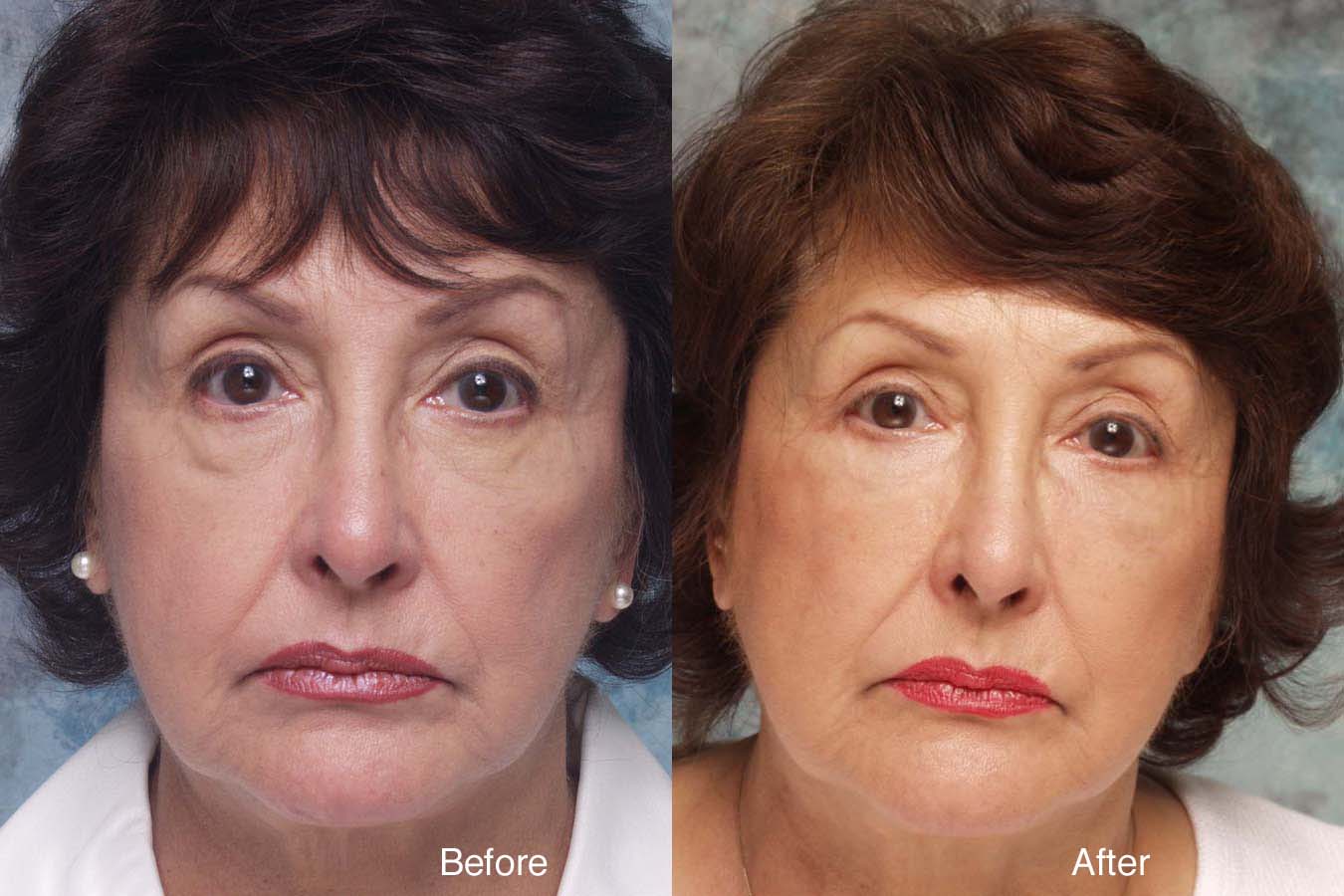 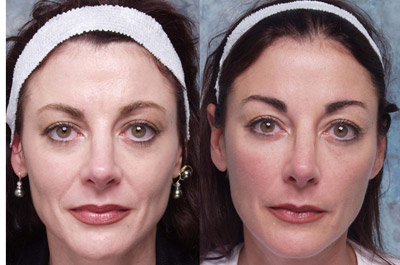 Diagnosis:
The heaviness of the upper eyelids is due to a fall in the forehead or brow ptosis. The descent of the malar fat pad is also associated with loss of bone projection at the orbital rim. Changes in both the bone and the soft tissues account for her aging appearance.

Treatment:
To address her concerns, she first had an endoscopic forehead lift and approximately 8 months later she had midface surgery with hand carved custom orbital rim implants specifically for her dark circles. The result is so natural that this looks more like a mother/daughter pair than before and after photos. 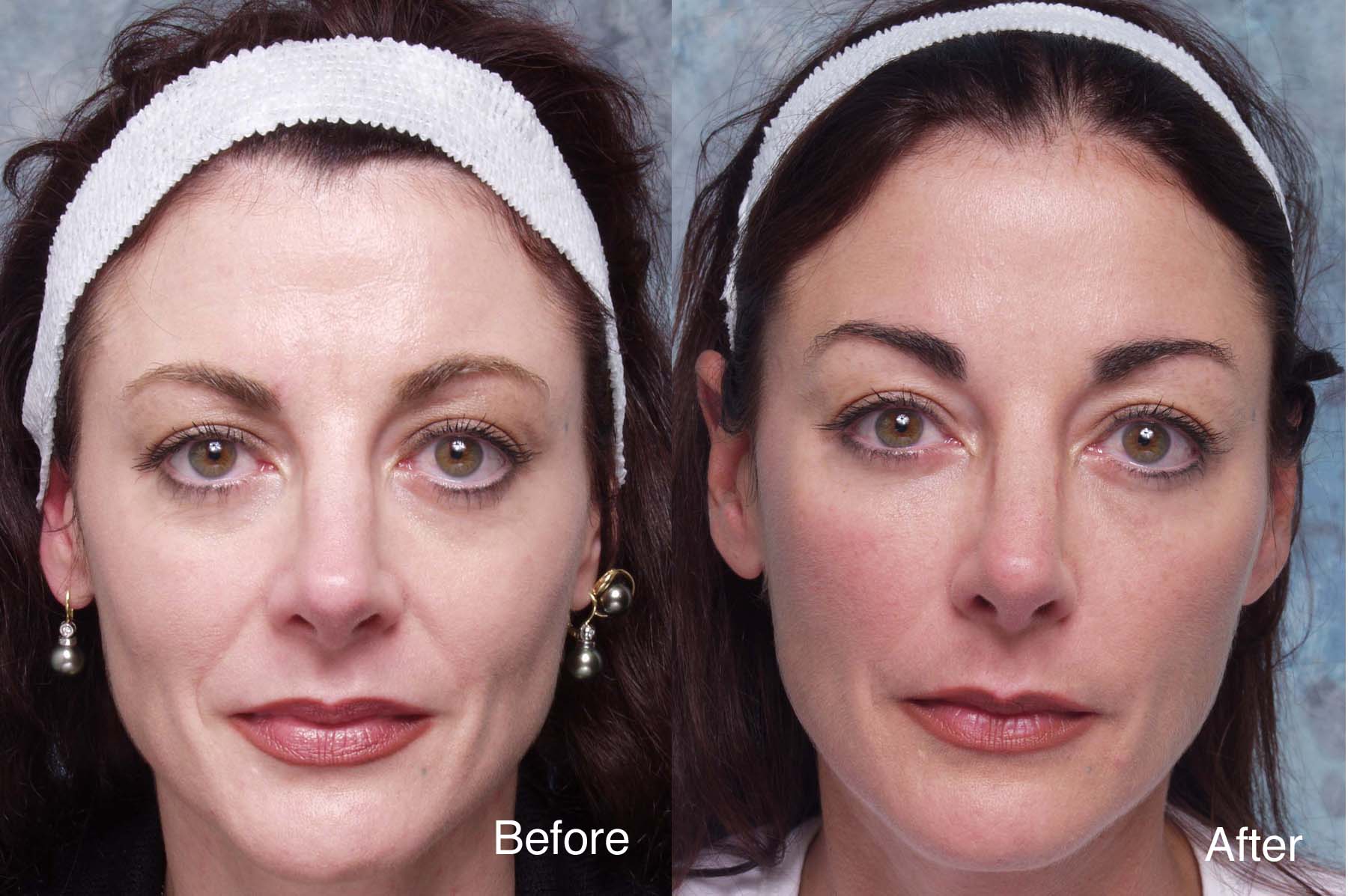 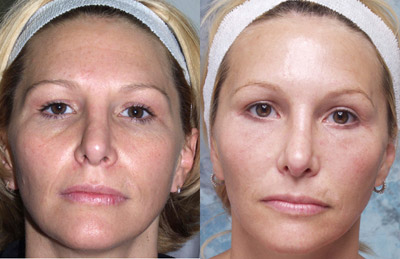 Cosmetic Concern:
36-year-old concerned about the circles under her eyes and the heaviness of her upper eyelids.

Diagnosis:
The heaviness of the upper eyelids is due to a fall in the forehead or brow ptosis. The circle under the eyes is due to a descent of the cheek soft tissues over time.

Treatment:
To address her concerns, a combined endoscopic forehead lift and midface surgery was performed. Dr. Steinsapir hand carved a custom implant of e-PTFE specifically for her circles. This material was used to provide subtle fullness for the orbital rim and cheek bones. She had two weeks of down time before she was ready to resume her activities. 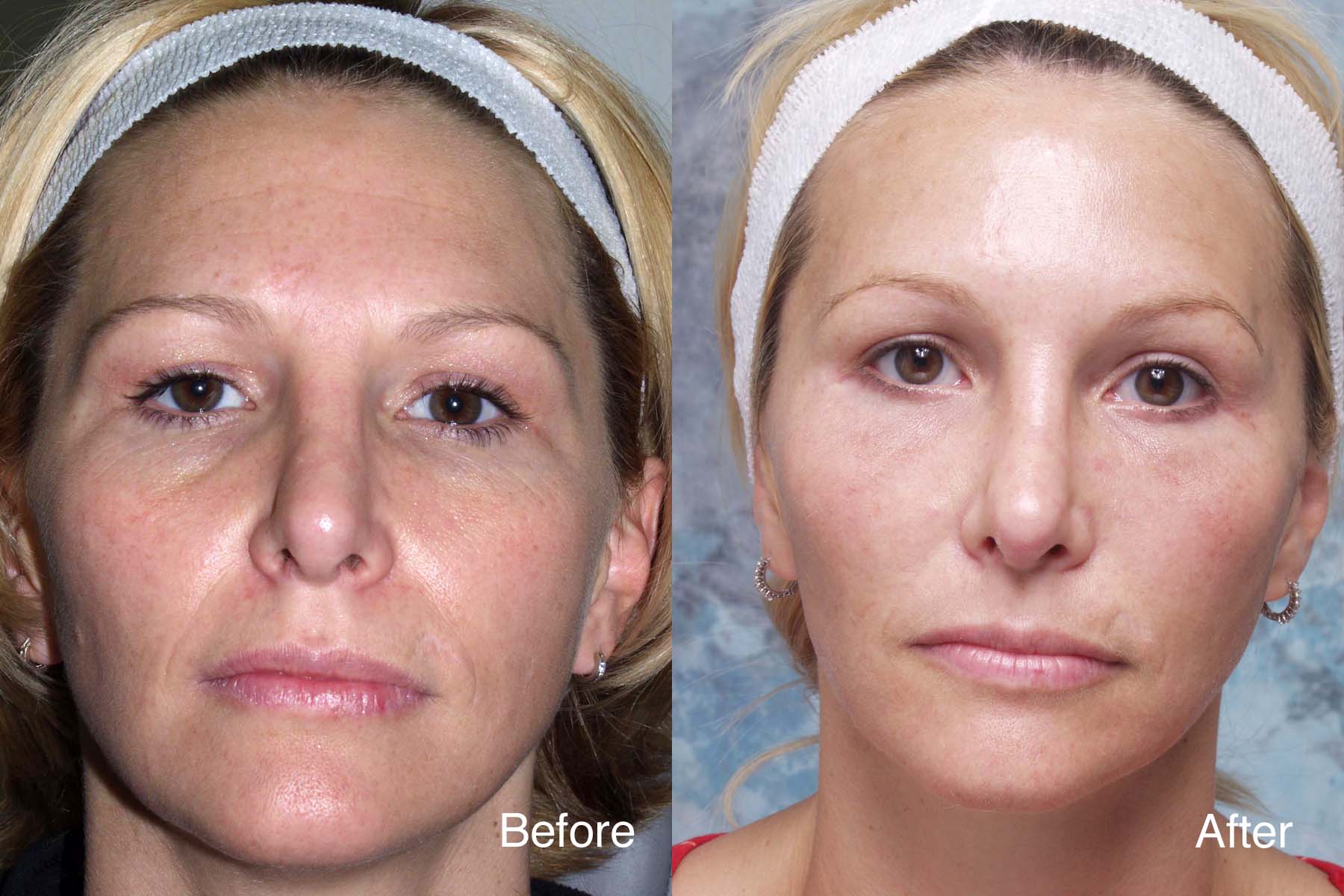 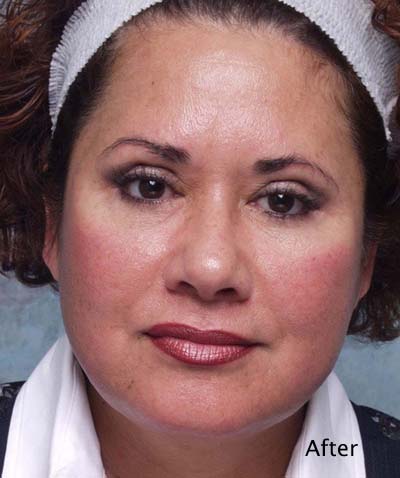 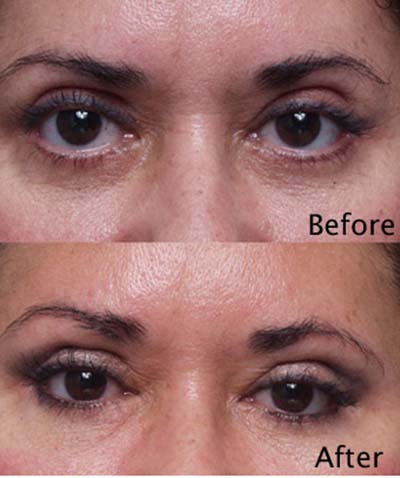 Cosmetic Concern:
This 51-year-old woman presented to her cosmetic surgeon for upper face rejuvenation. She was considering a forehead lift but was persuaded to have eyelid surgery. She was extremely disappointed, as her surgeon skeletonized the upper eyelids, leaving them asymmetrical appearing and surgical. Her lower eyelids were not much better. The surgery pulled her lower eyelids down and emphasized the dark circles under the eyes.

Diagnosis:
After these unsatisfactory results, she consulted with Dr. Steinsapir to learn what could be done to help improve her appearance. She was told that several surgeries might be needed to achieve her goals.

Treatment:
Dr. Steinsapir first recommended and performed a midface lift with hand carved e-PTFE orbital rim implants to address the dark circles and lower eyelid position. Following this surgery, he performed fat transfer to the face to further soften the upper eyelids and the face. Dr. Steinsapir was able to correct her unsatisfactory surgery, so that she could achieve the look she originally desired. 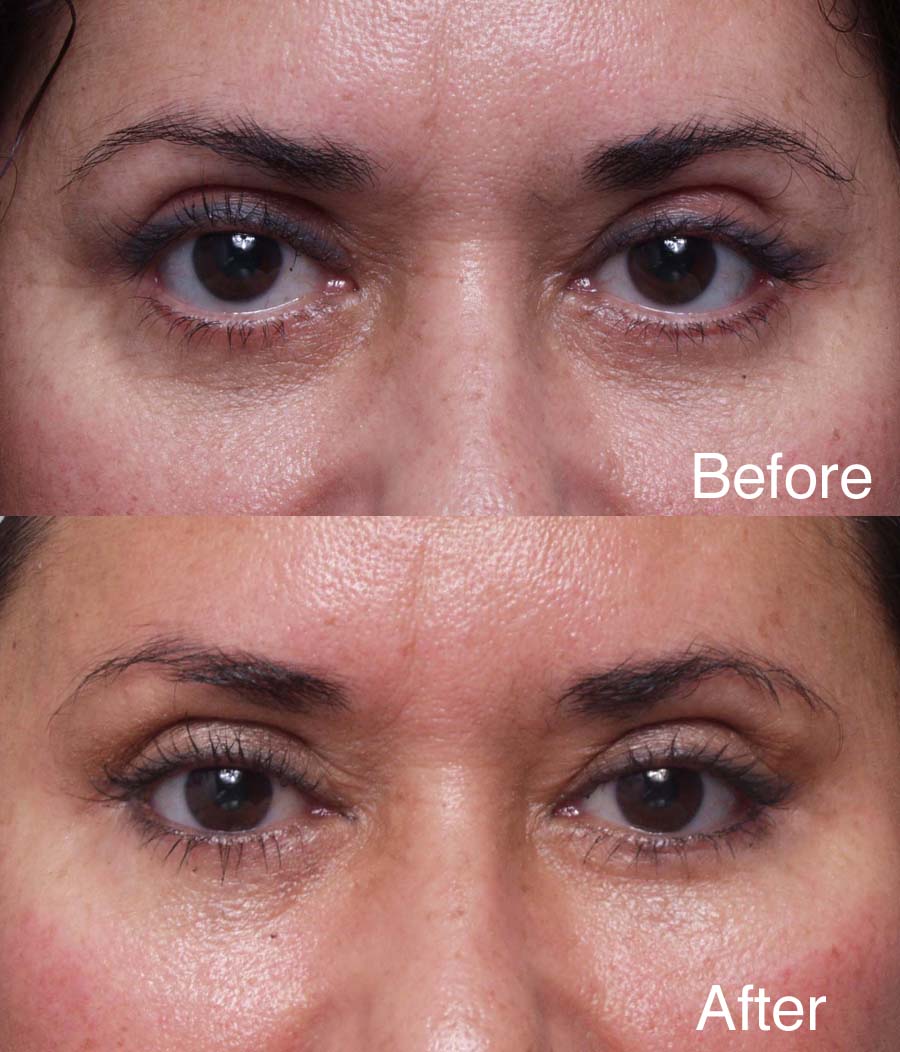 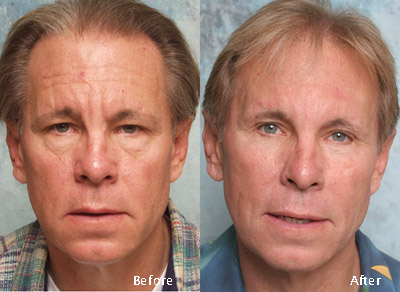 Cosmetic Concern:
58-year-old man who is concerned about looking fresher and younger. 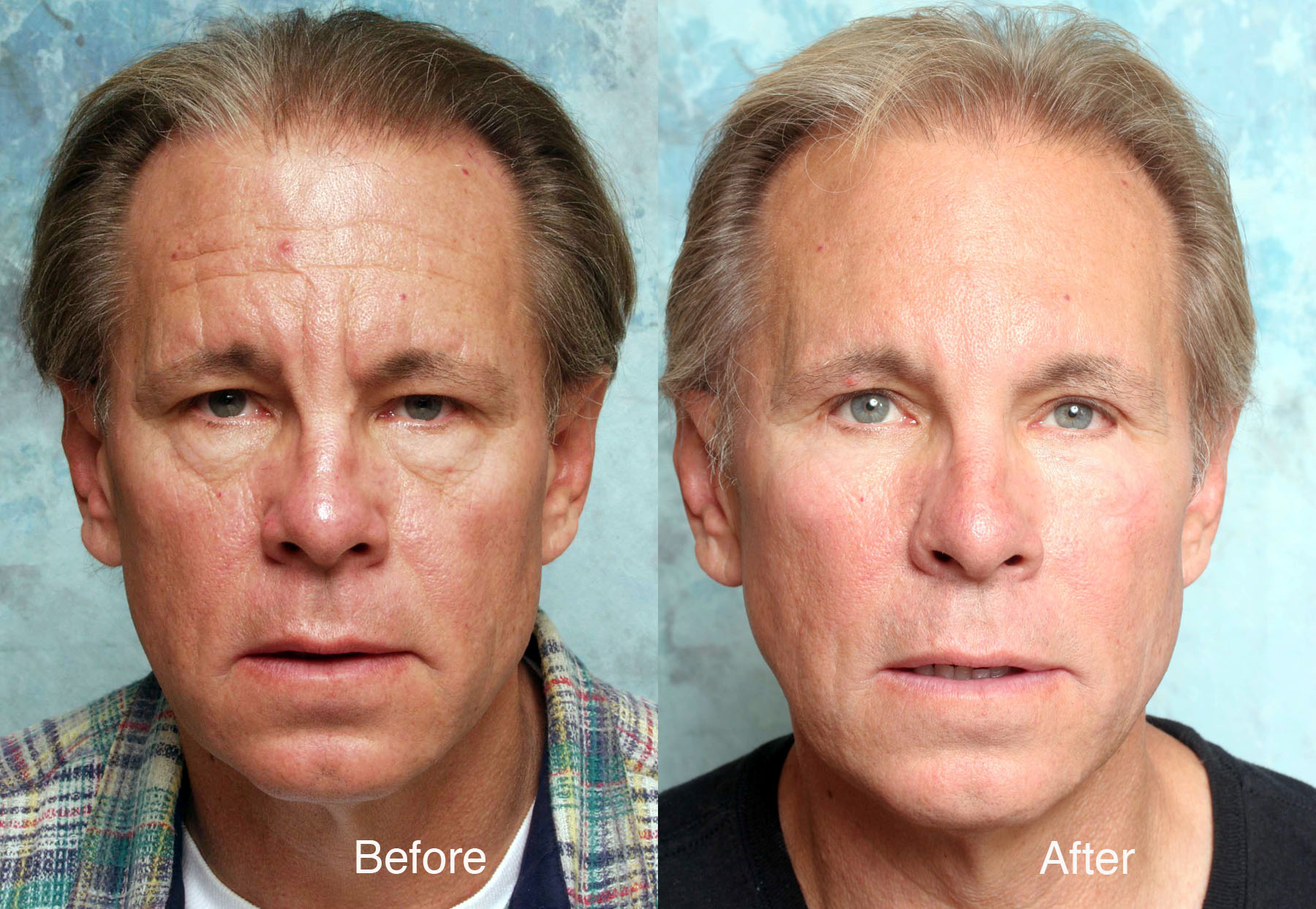 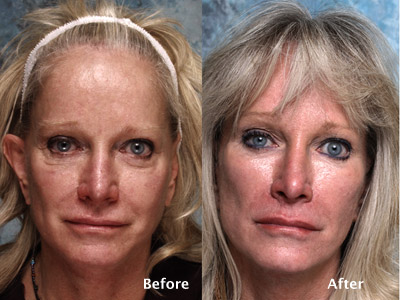 Cosmetic Concern:
52-year-old woman who had silicone Cheek implants placed twenty years before. At the time she also had a face lift and a four-eyelid blepharoplasty. She has a history of a prominent left eye. She is unhappy with the hollow under her eyes and the puckering around her cheek implants.

Diagnosis:
Her prior cosmetic surgery held up for her for quite some time. It is probable that she did not need all the procedures she had at age 32. Cheek implants are quite often not the answer for a given face. They tend to create a fake-like cheek volume. In our youth there may be enough facial volume to cover this aesthetic issue but as we age, the loss of fat reveals the problematic volume. 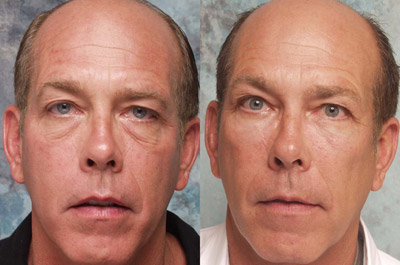 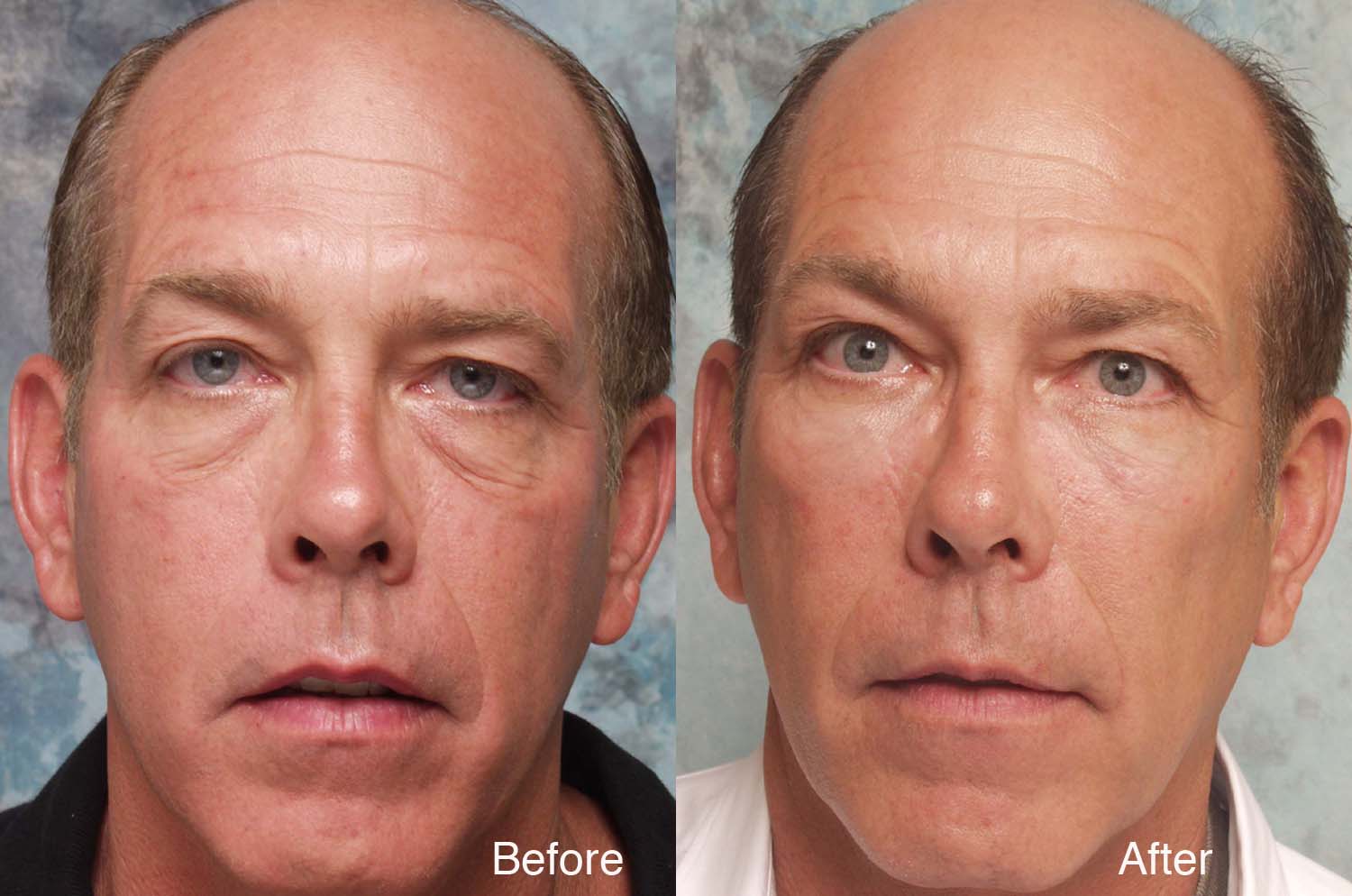