Repair of Prior Eyelid Surgery

Diagnosis: The lower eyelids had aggressive surgery that damaged both their appearance and function

Treatment: The patient’s lower eyelids were reconstructed using graft material obtained from the roof of her mouth.  This material was place behind the lower eyelid and avoided the necessity of a skin graft to the outside of the eyelid, which are difficult to conceal.  To facilitate her repair, the cheek was also modestly lifted onto an ePTFE implant at the orbital rim.   Due to the complexity of this repair, the right and left sides were repaired at separate surgeries that were 1 week apart. 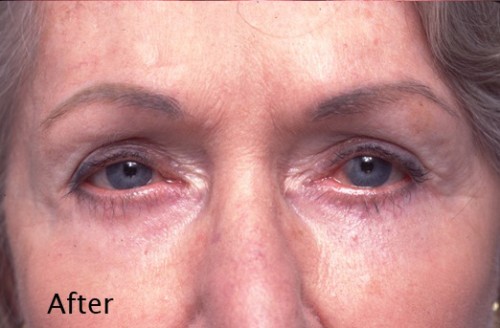