Diagnosis: The heaviness of the upper eyelids is due to a fall in the forehead or brow ptosis.  The descent of the malar fat pad is also associated with loss of bone projection at the orbital rim.  Changes in both the bone and the soft tissues account for her aging appearance.

Treatment: To address her concerns, she first had an endoscopic forehead lift and approximately 8 months later she had midface surgery with hand carved custom orbital rim implants specifically for her dark circles.  The result is so natural that this looks more like a mother/daughter pair than before and after photos. 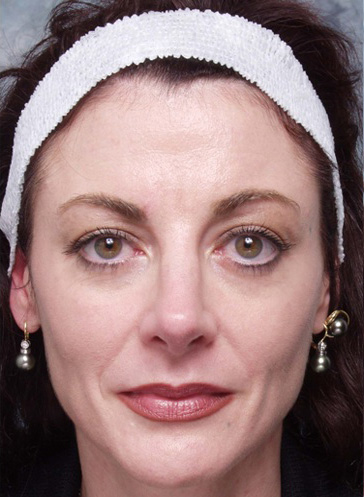 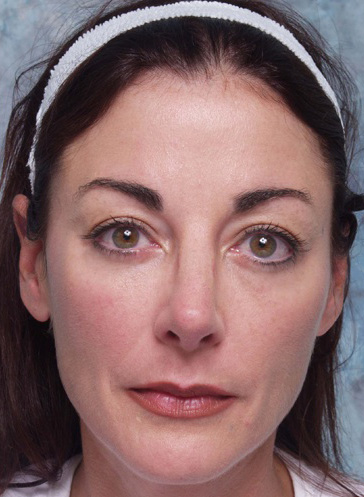